A Guide to Beer Types 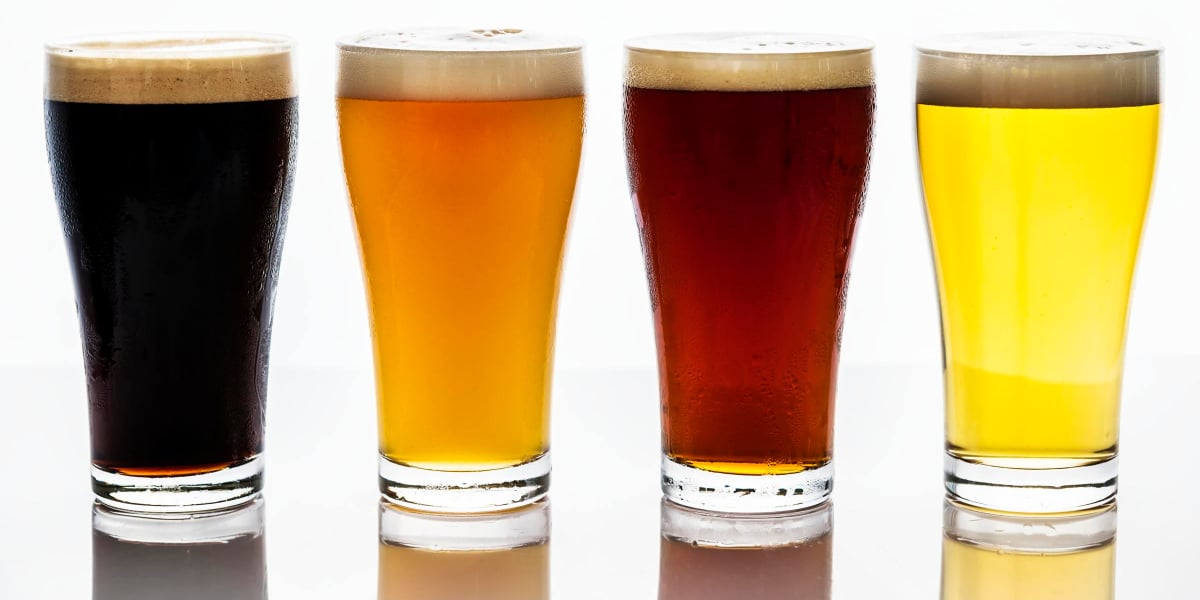 Favorite beer types are as personal as favorite foods – Everyone has their own opinions and own reasons for choosing a certain style.

Pale ales, pilsners, lagers… There are so many to choose from, and each has its own unique characteristics and flavors.

But if you look at the draught menu at your favorite restaurant and your head spins trying to figure out which one won’t taste terrible to you, we can help.

Check out this guide to beer types to help you select the type for you:

To begin, there are two basic types of beer: lagers and ales.

The difference between ales and lagers lies mostly in the type of yeast used to brew each type.

Lager yeast, Saccharomyces Pastorianus, is more comfortable in cold temperatures. Common lagers on the market include Heineken and Budweiser.

Hops are typically used in brewing ales, giving the beer a bitter taste that counterbalances the sweet malts that are used in the brewing process.

Brown ales came to prominence in the 18th century, and was used to describe the various types of porters and stouts produced at the time.

Pale ale was developed around 300 years ago, and was distinguished by other ales of the time by its more bitter taste.

India pale ale is a subtype of pale ale, so it is also more bitter than brown ales.

It gets its name from its popularity among officials of the East India Trading Company.

Developed in the mid-19th century by German brewers who applied pale ale brewing techniques to the lagering methods in use at the time, pale lagers are the most popular type of beer in the world by sales.

These beers sometimes are called “pilsners,” but they differ from true pilsners in that they tend to be more dry and have a more pronounced hoppy aroma.

Pilsners were developed around the same time as pale lagers, only in the city of Pilsen in the Czech Republic.

This beer type is more highly carbonated and has a more full, hoppier aroma than pale lagers.

Dark lagers are visually often mistaken for stouts or porters, but the comparison ends there.

These beers are lighter in body with hops coming to the front and leaving what’s described as a pleasantly bitter taste.

German Bock is a type of lager that is stronger and more smooth than other lagers. It has a more intense flavor that is the result of a longer brewing process.

The distinct roasted flavor of porters sets them apart from stouts, for which they’re often confused.

Porters also have a higher alcohol content than do stouts.

Stouts are believed to have started as a subtype of porters, being more full-bodied than their predecessor. Over the years, stouts have developed into their own type, even if there is a bit of confusion at where the line between porters and stouts is drawn.

During World War II, Belgian brewers were looking for alternatives to German beers such as pilsners and developed the Belgian ales.

These beers are typically light, making them perfect for spring and summer enjoyment. They may exhibit fruity characteristics and are typically cloudy with thick heads.

In Germany, there are laws stating exactly how much wheat must go into a beer that calls itself “wheat beer.”

These two types of beer have grown out of the American craft brewing movement and are brewed with the Brettanomyces yeast strain.

All sour ales are considered wild, but to be considered a “sour ale” bacteria such as Lactobacillus or Pediococcus is used.

Do you need a custom bar to show off your new beer knowledge to all your friends? At Hardwoods Incorporated, we create only the highest-quality bar rails, bar tops, and other bar parts for your home or commercial bar.

We use only the best hand-selected wood, backed by our exceptional customer service. Not sure what you’re looking for? Email us at info@hardwoodsincorporated.com or call (301) 665-9505 or (240) 285-0565 for help from one of our skilled bar building professionals!

The maple bar rail was perfect, very straight with no sapwood or burnished areas. I was able to use every inch of the nosing having no milling marks anywhere. Here are a couple pics that you may use to show the size and quality. Bar size is 20” wide with 48” to 54” sections. 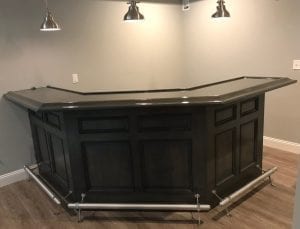 Thank you for getting my order out quickly.

You guys are great and will be recommended ?

Paul, Received all my bar rail and inside trim today. Couldn’t be more pleased. Everything is highest quality and absolutely beautiful. I watched the bar rail installation video on your website. Thanks, Harvey S. – Pittsburgh, Pennsylvania 11/14/19

Paul, as always you your products are the best. Have used on many bars and have never had a problem. You make my work look better. Thanks Larry Whyte Custom Bars by Larry – Brevard, South Carolina 04/25/2020

Excellent service and product. I was concerned with the 8′ length as my bar is exactly that long. I was asked to call when I was ready to order and when I did they offered to add an extra 1/2″. This put me at ease and was a fantastic example of customer service. The diagrams on the site were gre… END_OF_DOCUMENT_TOKEN_TO_BE_REPLACED

I want to say that Paul was really helpful and I’m very thankful that I spoke with him. I will highly recommend Hardwoods Incorporated to my friend who owns his own bar/hall and wants to redo his railing also..Very good customer service and that really means a lot, and helped me to decide on where t… END_OF_DOCUMENT_TOKEN_TO_BE_REPLACED

Big thanks to Paul for reviewing my design and order. John G.-  Plymouth, Massachusetts 07/18/19

Paul, As you can see the in the photo, it is no wonder why our bar rail is the main topic of conversation when entertaining. The fit, finish and precision workmanship is excellent. Very happy that I found you and will recommend your company to others. 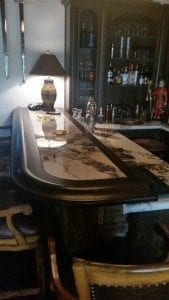 Very happy that I found you and will recommend your company to others.

Great product. Easy to select, order, and upon product arrival I was very pleased of the care that was taken to ensure that no damage would occur. Over all experience was excellent. George G. – Columbia Tennessee 11/02/18

The maple bar rail was perfect, very straight with no sapwood or burnished areas. I was able to use every inch of the nosing having no milling marks anywhere. Here are a couple pics that you may use to show the size and quality. Bar size is 20” wide with 48” to 54” sections.

Thank you for getting my order out quickly.

I was amazed at the quality of the wood and ease of assembly.

See what else our customers are saying